What makes a professional?

There’s no denying the wellness industry has been booming in recent times. One facet of this industry is how people are encouraged to eat healthily, and one way to do so is by staying away from meat and eating veggies and fruits instead. That is where the concept of veganism comes into the picture.

Living a vegan lifestyle can be quite rewarding. Various studies confirm that you can get many health benefits from eating foods such as vegetables and fruits as they are filled with beneficial nutrients.

Furthermore, animal products are also associated with animal cruelty, and preserved food products are being questioned in terms of severe health implications. It is, for these reasons, that veganism has become all the rage these days.

If you aren’t convinced about taking the plunge into the world of veganism, below are five life-changing movies about food and animals that will completely change your perspectives and eating habits. Keep on reading to know the best vegan movies to watch on Netflix and other streaming services.

Directed by the famous James Cameron and Louie Psihoyos, this flick debunks some of the world’s biggest misconceptions about meat. This flick involves former Ultimate Fighting Championship winner and military combat instructor James Wilks on his quest with top athletes and experts around the world. This flick underscores the unpopular idea that eating plant-based foods is the best way to excel in sports and life in general.

This highly relevant documentary revolves around the concept of Gerson Therapy, which is a plant-based therapy that proposes a dietary cure for cancer. This has a fascinating look at a man who goes on a cross-country journey to learn about this type of therapy.

Produced by the famous executive producer himself, Leonardo DiCaprio, this documentary takes on the meat industry as the environmentally destructive force on the planet today. This flick is also about changing the world for the better. In fact, after watching this, a Texas restaurant owner decided to switch to an entirely vegan menu.

This documentary is centred on showcasing what’s in your food or how it’s made. With this flick, you’ll learn more about how corn finds itself in unlikely foods, also about the cruel practices of farming chickens to speed growth with hormones, and how current laws exonerate corporations and much more. This is such an educational and eye-opening movie that will completely alter your perspective about becoming a vegan.

It may take some time for you to adjust or reshape your lifestyle to a vegan one. Watching some of these documentaries on Netflix, Amazon, or other streaming services, could change your perspective completely and persuade you to get into veganism sooner than later.

Next 3 Simple Steps in Writing a Book

Amazing Benefits of Dandelion Root Tea for Your Health

3 Simple Steps in Writing a Book

4 Useful Mortgage Apps to Download When Buying a Home

6 Healthy Habits To Include In Your Anti-Aging Skincare Plan

Our Guide to Alkaline Foods

Laundry Tips and Tricks That help Keep Clothes Like New 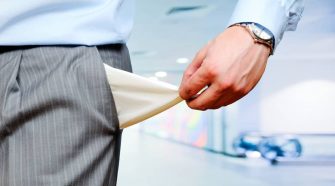