If music dies so do we

Retire With A Million Or More

5 Fascinating Movies That Will Make You Think About Veganism

8 Benefits Yoga Has For Your Mind and Body

Backstage with the infamous Steve Sola!

Steve Sola AKA The Mix King is a legendary New York City Producer and Mixing Engineer with over 20 million records sold from gold to multi-platinum. He truly has the Midas touch and has worked with countless musical legends over the years. In this backstage interview, Steve has some great incite to share on his past and recent endeavors in the music business.

Steve has brought bliss to many mixing consoles over the course of his career and now he runs his own studio in Manhattan New York and is available to hire for your next project. Steve specializes in Hip Hop, R&B, Rock, Pop, Dance, Symphonic Rock, Funk/Soul and much more. Whatever you throw at him he can make it shine.

If you are looking for a good ear, polished sound and a mix engineer who knows all the current techniques of all the top radio hits, Steve is your man!

Q: What have been some influences in your life as a young boy that paved the pathway for the music industry?

A: Jimi Hendrix and Deep Purple.

Q: When did that ah ha moment hit you that you were destined to be involved in music as a full-time gig?

A: When I got hired as an intern at the world famous Soundtracks Studios in NYC in 1994.

Q: Did you use any mind over matter techniques that helped you manifest your dreams into reality?

Q: Did you have any mentors who guided you to be the man you are today?

A:  Nobody helped me as a mentor, but I learned from everybody that was successful and talented. I looked up to my Dad and wanted to be better than him. He has always been one of the smartest and most talented person I know.

Q: If you knew what you know now when you were a young man what would you do differently?

A: Practice harder and longer on the guitar. Been more assertive in finding better and more known bands.

Q: Can you shine some light on how you got your big start in the music industry?

A:  Knowing digital at an early digital music revolution and asked to work with Jodeci because I knew the digital format and I was good at it.

Q: Was being in a major city helpful in your start in music?

A: Definitely. I was trying on Long Island for a year but found a couple of brick walls.

Q: Do you think being in a major city today has any advantage or has technology leveled the playing field?

A: As an artist, it might have but as an engineer, mixer, and producer only a little. Not many artists are willing to travel far or to suburbia to record when you have great studios in the city.

Q: What artists have you work with that left a lasting impression on you?

Q: With all the incredible talent you work with over the years what stood out as to why those artists made it big compared to others?

A: The relentless drive for success, perfecting the craft and love for the music.

Q: When did you get into producing and mixing hip hop and did you know it would blow up to be one of the most prominent genres in the world?

A: When I started working with Nas, Biggie, Mobb Deep, they were already stars. So I was like …wow I cannot believe I am working with them. Later on, we became friends, especially with Mobb Deep and it was on a personal level. With the Alchemist, it was the other way around. He was a regular dude making beats, and we would chill in the lab all day. Later on, it was …Wow….I cannot believe Al became a super producer.

Q: Do you think labels and managers are as relevant today as they were in the past?

A: Not as relevant but a good label and a good manager today could still make your career.

Q: What is a typical day in the studio for Steve Sola?

Q: Could you shine some light on your current workflow and why you work that way?

A: Get the technical things out the way. It could be cleaning up tracks before a mix or finding the right sounds for a beat. However, when you start being creative, you do not want to stop the creative workflow just because you need a sound.

Q: How did you get the name The Mix King?

A: I was complaining about other engineers that had these other cool nicknames, and somebody said don’t worry cause you are the mix king…..I was like yeah….I like that….. I am The Mix King.

Q: How important is it to the success of an artist to have their music mixed and mastered by a seasoned pro?

Q: What should an artist or band look for in a mixer before hiring them?

A: Honesty is the most important factor in your decision. If the person seems fishy, they probably are. If you cannot find half the things, they say they did on the net they probably should not have mentioned it to you, or they are exaggerating or lying. DONT TRUST THEM. Check their work and make sure they did it.

Q: What is some advice you can drop on the young and aspiring artists and engineers of today that you wish you had to start out!

A: Knowledge is power…..The internet has an immense amount of information …use it. When I was an intern, I use to photocopy every manual in the studio. That was thousands and thousands of pages, and I read most of them.

Q: How has social media impacted the music business and your career?

A: Everybody thinks that they are CEO’s and the next big thing cause they get a few likes on FB. They could be the next big thing but don’t think about that as much as getting to be the best that you can be. The good side of that is that I am getting artists contacting me from all over the world because of the internet, and I love it.

Q: If you knew the potential of social media when it first came out would you have approached it differently regarding music business?

A: NO……I knew the potential as soon as I created my first myspace. I think that was 12 yrs ago, and I had all my interns promote on it. We had like ten accounts.

Q: Do you ever find yourself thinking of the good old Myspace days?

That is a funny question…..yes…. I still have 25 beats on there, and I use it sometimes like SoundCloud cause the beats are there.

Q: Which social sites are you most active on today and what do you like best about them?

A: Facebook cause you still have to know how to read and write a little. Instagram for the quick pics and the instant sharing. Twitter cause you can spam the life out of it …lol.

Q: When you fire up a session what are some of the typical settings you dial in regarding sample rates and bit rates and why?

Q: Some folks think 96k or 192k are overkill what is your thoughts and do you think its necessary to future proof music for future technology similar to the coming of 4k video?

A: Overkill unless you are working on a film or similar media. It all gets shrunk down to mp3. I use 24 bits because it sounds so much better than 16 bits and the noise floor is much better.

Q: Do you think big studio facilities are a thing of the past or can a smaller studio achieve the same or a similar sound?

A: An inexpensive Benz can feel like a top of the line Benz but never like a Ferrari. A great driver can drive better in a Toyota than a moron in a Ferrari. Big studios will always serve a purpose.

Wow, Thanks Steve for your time. Great interview!! Part 2 coming soon! Find Steve Sola at the links listed below! 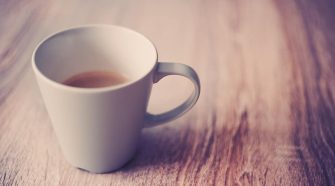