How to Keep Your Passwords Secure

How Clutter Can Affect Your Mental Health

4 Tips to Help You Sleep Better at Night

4 Useful Mortgage Apps to Download When Buying a Home

Flying with Children – What to Know

Life is an amazing journey; it’s formed of what we make it to be and how we believe it to be. I know we all have had times when we started a trend or inspired an idea and someone close ran with it and made it beyond just you. Some examples may have been a new music group you found, some clothing tweaked in such a way creating a new fashion fad, some slang words or secret handshakes only you knew with a few, that killer invention or million the dollar business idea, etc.

Being a game changer is a challenging job if you make it that way, and sometimes leaders get no credit at all, I struggled with this for many years in my life and career only to come to the conclusion that I should embrace it, care less about the outcome and make my life and thoughts about this topic more simple. I realized it’s actually a compliment if your ideas are worth someone’s time and those ideas spread to others through someone’s dedication and execution, even know you don’t get any credit in many cases at lease you’re making change in the world, and if you think about it hard, that’s what life is about, making a difference.

The real reason it hurts so much is no reward or gratification is directed your way at least not to your level of standards. If you always need to be rewarded for assisting the natural flow of life then that is your reward, in other terms your ego is your reward. If you step down off the platform of egoism your reward will come at a much greater level of happiness and satisfaction, it’s a long term investment in happiness. A great example of this truth is the story of Santa Clause, he gives and does not receive, no one knew who he was and he delivered his gifts in secret to make others happy. Some were thankful and some were not, but in the end he made a difference.

Next What makes a professional?

Laundry Tips and Tricks That help Keep Clothes Like New

Our Guide to Alkaline Foods

Tips on How to Write a Book 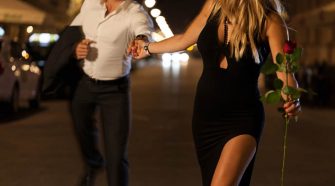