We Are What We Think

Dandelion is the kind of a flowering plant that can be found in almost any part of the world. For some, dandelions are considered pesky or stubborn weeds, the kind that seems never to leave your garden or lawn. However, what most people are not aware of is that dandelions have long been used in traditional herbal medicine practices. That’s because of their amazing health benefits, such as treatment for a myriad of physical ailments like liver disease, cancer, digestive disorders, or acne.

When talking about dandelion-infused beverages, there are two things that come to mind:

Both forms of the beverage are safe for consumption, as long as your garden is not sprayed with pesticides or herbicides. Dandelion tea contains high amounts of iron, magnesium, and zinc, plus vitamins A, C, and D.

Here are five benefits of dandelion root tea you may not be aware of:

Acts as a Natural Coffee or Black Tea Alternative

When roasted, young dandelion roots turn into a dark brown colour. Simply steep in hot water and strain, and you get your own version of a healthy “coffee” drink. Dandelion root tea is a great alternative for those who wish to quit drinking caffeinated drinks, such as black tea or coffee, or even just to limit their daily consumption.

Research suggests that a dandelion plant and all its components contain many antioxidant and anti-inflammatory compounds. Inflammation is the body’s natural reaction to illness or injury. Over time, this can result in permanent damage to the body’s DNA and tissues. Dandelion contains various bioactive compounds, such as polyphenols. Studies show a significant reduction of inflammation markers in cells treated because of the presence of those dandelion compounds.

If you are feeling bloated, dandelion root tea may alleviate that feeling. As a matter of fact, one of the earliest recorded uses of dandelion root tea is that it acts as a diuretic and boosts urine output. This basically means that it helps the body to eliminate excess water through the urine and kidneys. The high potassium content from dandelions could be one factor for this, which helps signal the body to flush out sodium. Diuretics are also beneficial in alleviating symptoms of PMS, bloating, and fluid retention.

In folk medicine, dandelion has long been hailed as the “liver tonic.” It has been used to treat various health problems relating to the gall bladder, bile duct, and liver. Preliminary studies suggest that it is party due to the dandelion’s ability to increase the flow of bile.

A study conducted in 2017 revealed that the polysaccharides compounds found in dandelions could aid in liver function. Dandelion root tea can help with eye and skin problems, relieve symptoms of liver disease, and aid in detoxifying the liver. Studies were done on rats and proved that dandelion root indeed lessens the extent of liver damage; however, no studies were done in humans yet.

While dandelions may generally be considered safe, you will need to check with your doctor about your options. This is highly necessary if you are pregnant, have an irritable bowel movement, or allergic to ragweed, daisy family, or any flower. Dandelion tea may also have some complications when mixed with other medications. Despite the benefits that dandelion offers, consult with your doctor first.

5 Fascinating Movies That Will Make You Think About Veganism

6 Healthy Habits To Include In Your Anti-Aging Skincare Plan

Common Parasites And How To Treat Them 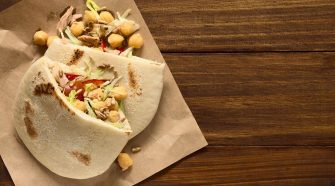