Save Money With Homemade Wine and Beer

What makes a professional?

For thousands of years, humankind had to tread the earth, breathed the air, consumed foods, and worked. In the end, they live and die. Today, the majority don’t hunt for food anymore. Instead, they lie down on a fancy bed in an elegant hotel eating scrumptious food. What happens now is what the kids think has always been happening.

Now, think of the real estate agents. They started small, working in neighbourhoods. Now, they are large corporations. From free-roaming agents held by no law to now online offices, they have e-signatures, wireless transactions, and clear information all on the internet. Despite these technological changes, the agents aren’t going away anytime soon.

The Past and the Present, Tied

What happened to agents years ago that still happens today? Those are payment structures, knowledge of homes, consumers assisted by agents, negotiation management, and generally more know-how in the industry. A person still ends up buying a home within the first ten years of owning one. On average, a person can end up purchasing three to four homes.

As consumers start to demand more and more, the industry will have to adapt to the change in demand. It’s not because they forgot what they learned and suddenly realize that they need change. Since the real estate boom of 2000, it seems that the industry is continuously changing.

Smaller, independent brokerages have been popping up everywhere. People and agents alike feared that the job of an agent would be taken over by some virtual-intelligence agent or FBSO working together to sell homes. Companies that offered flat-fee services have threatened the jobs of full-service agents. However, this did not work because customers didn’t feel like they received the attention they needed compared to a full-service agent.

The Silicon Valley Way of Thinking

All of these real estate companies started with one goal and only realized later that they needed to change. Different brokerages have tried various methods and practices, but none ultimately could change the industry itself. They’ve also realized that changing the industry is not a sustainable thing to do. What truly matters, then, is to find the right between the traditional way of doing things and new technology and customer service.

On the customer side, they know how to look for information using the internet. With their own research, they know how to buy houses, list down what they want and need, and even visit some open houses. They will also call up an agent who knows the location very well, the different types of housings, the prices, and any other nuances when buying houses. Once they’ve completed the task, the consumer would then leave the agents for a few more years. Only much later will they check up what’s new. So, why are agents still around?

Yes, customers are becoming more and more independent, doing things themselves. Fortunately, this doesn’t harm the agent in any way. There will always be those who can do it themselves and those who need help. Not everyone has the time to sit down and do painstaking research or even have the interest to deal with laws. Indeed, not everyone wants to bother themselves with one more issue in their already busy lives.

Everything changes over time, from laws to contracts, and from technology to trends. However, for those purchasing homes, it is hard for them to keep up with the changes. There will always be a reason for consumers to seek help with their next home purchase decision. In the future, roles may change, tasks may be different, but the agent will always remain an agent.

Next 8 Benefits Yoga Has For Your Mind and Body

The Benefits of Remote Working For Employers

Tips on How to Write a Book

Flying with Children – What to Know 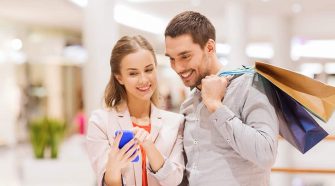