Are Real Estate Agents At Risk of Extinction?

If music dies so do we

Common Parasites And How To Treat Them

Ways To Save On Your Grocery Bill

Our top 5 picks for hot and exciting TV shows.

We went ahead and scraped all avenues to find the best TV shows of today. These shows are timeless so even if you don’t find this article for a few years these TV shows will still be current and relevant to your viewing needs. We set out to find TV shows with meaning, purpose and personality. These TV shows listed below are enjoyable to watch and they teach you real logic not readily found on many TV shows these days.

The young and ruthless Annie Walker was cultivated into a top field operative for the CIA and has dedicated her entire life into her new job position. Annie’s handler and partner Auggie Anderson is an ex soldier who was blinded on the battle field and now is a valuable tech operative for the CIA. Starring Piper Perabo as “Annie Walker” and Christopher Gorham as “Auggie Anderson”. This action packed show never has a dull moment, its touches on life as a CIA operative along with the pro’s and cons. Each season brings even more action than the last with mind blowing twists. This is not your regular law enforcement TV show. Covert Affairs is very down to earth, realistic and done in a fun enjoyable manner showcasing many sides of the CIA lifestyle.

A fun, romantic and funny TV show about a talented and creative ER doctor who got fired wrongfully for a patient’s death. After weeks of drowning in his sorrow, Hank finds his way as a private concierge doctor treating the rich and famous after his brother Evan drags him to an elite house party to cheer him up at a wealthy business man’s castle. This show takes place in the Hampton’s and unlike other medical TV shows Royal Pains is done in such a way everyone can relate and enjoy the content and characters. Staring Mark Feuerstein as “Dr. Hank Lawson” and Paulo Costanzo as “Evan R. Lawson” Hanks younger brother. This dynamic duo and creators of the fast growing company HankMed go through many trials and tribulation but always seem to come out on top.

We all love a nice good guy, bad guy TV show. Suits is just that starring Gabriel Macht as “Harvey Specter” and Patrick J. Adams as the wiz kid “Mike Ross”. Suits brings you into the driver seat of New York city’s business world. Touching on high fashion, fast cars, hush money and secrets. Mike Ross was in with the wrong crowd and then found himself running from the law and stumbled on the door step of the infamous Harvey Specter. After displaying amazing talent of memorization, love and knowledge of law Harvey bent the rules in a major way and hired him knowing he was not a real lawyer. Love, money and loyalty are what this show is built on and everything else is no value.

This show is an in-depth bird’s eye view of a dictatorship Middle Eastern nation where a young man who once lived there decided to move to USA to become a doctor. For years Bassam was running from his family’s past and blood stained family name until his nephew wedding brings Bassam and his family back to his home land. When Bassam returns, his father the dictator reveals that Bassam was deeply missed and shortly after his father dies. Jamal was the oldest son and took position of president of the nation, Bassam felt the need to stay longer to help his deeply troubled brother run the nation to be a better place. After Jamal shows many signs of weakness Bassam plots a takeover attempt of the nation and puts him and his family at jeopardy while risking all he has back in the USA and the trust and respect from his brother the current president. Starring Adam Rayner as “Dr. Barry Al-Fayeed” and Ashraf Barhom as “Jamal Al‑Fayeed” the eldest brother (President). Deception, greed, blood and lust take the shape of this exciting TV show.

A young orphan named Sarah and her foster brother Felix come from a life on the streets. After witnessing a girl that looked like her kill herself in a subway, she decided to steal her belongings and took over her life and id. After checking into her new life and beautiful apartment she realized she would be able to get some money from her bank account if she played her cards wisely. Sarah Manning soon figured out the girls life she took over was a terrible mess and now she is in the driver’s seat to clean it up.  Staring Tatiana Maslany as “Sarah Manning” and Jordan Gavaris as “Felix Dawkins” are true partners in crime taking on this new chapter to save themselves and the ones they love.

Next Social Media For Business

Massaging Your Way To A Healthier You

The Path to Self-Awareness through Meditation

How Clutter Can Affect Your Mental Health 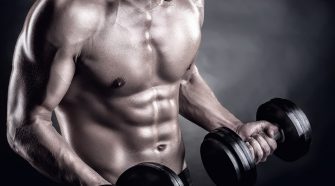 How Important is Willpower in Your Life?