Our Tips to Organizing Your Closet for All Seasons

Fear Is Our Worst Enemy

The Path to Self-Awareness through Meditation

Some incite to the Ebola virus stock theme play.

Another hot stock market theme has popped up over the last few months. The rapid growth and spread of the ebola virus in west Africa has swamped newsstands worldwide. This type of coverage puts enormous attention toward stocks that are involved with developing products related to this illness.

A handful of people who treated the ebola virus patients or who traveled to west Africa to assist in treatments have contracted the potentially deadly virus and were brought back to be treated on American soil. This media attention has exploded a handful of Ebola related stocks overnight. The first round of hype was related the drug companies involved in creating vaccines. They saw a significant boost in trading volume. But this steam died off naturally because revenues were not coming in from the drug makers, and they were more sympathy plays from the news stories.

The next phase of this Ebola virus stocks theme was the companies who were providing protection equipment for the volunteers in West Africa and hospital staff around the world and in the USA. These stocks have seen massive volume spikes in small time frames. Few of the protection gear suppliers have reported that they are revamping production efforts just to accommodate the recent requests in protective gear for the Ebola virus outbreak. These plays are real-time plays, unlike the drug makers who won’t see any revenue changes until a drug has been approved and purchased by government agencies to help fight the Ebola virus.

Protective gear manufacturers will be reporting earnings shortly and it should be very interesting as these earnings reports will contain all the additional sales from the Ebola purchases of hazmat suits and other relevant protective gear and cleaning solutions providers.

Another potential phase of the Ebola virus stock trends may be UV-C bulb makers for infectiousness virus killing robots used in hospital rooms to kill germs. The robots themselves cost approximately 100k each and are growing in sales across US hospitals, a few were also shipped to West Africa to assist in cleaning treatment facilities. The only problem for traders and investors is that the makers of these special robots are privately held companies so there is no way to get in on any publicly traded shares at this time.

There are a few companies who are currently working on Ebola virus diagnostic test machines.  When they have approved and sound working models ready for mass production to accommodate airports and border crossings there is a good chance these stocks will also be trading on heavy volume making record highs.

Some other potential plays may be the makers of disinfectant sprays or wipes used to spray down hospital rooms, infected surfaces, and healthcare workers. Keep in mind theme plays are temporary, for the most part, so investors need to use extra caution and watch investments for crazy fluctuations. If news stories die out there is a good chance the theme will also.

Retire With A Million Or More

3 Simple Steps in Writing a Book 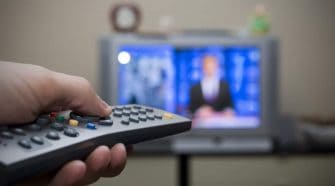